First, let’s thank the Lord because this sounds so delicious. Krispy Kreme has given us a new doughnut to love, and it looks like a winner. From now until January, you can try the Cinnamon Swirl Doughnut! 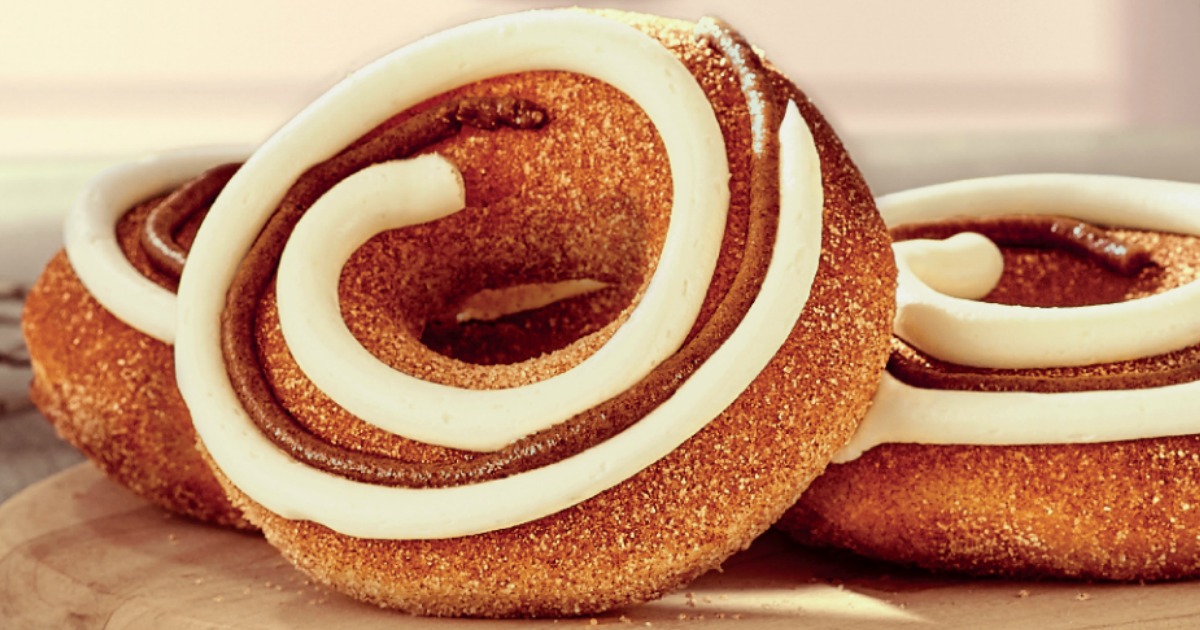 This just looks like so much sweet goodness in one pastry. Not only is it topped with BOTH cream cheese icing and a cinnamon swirl, but it’s covered in cinnamon as well. I know I’ve said this before, but if it has cinnamon I’m most likely a fan.

Again, these will only be available until January so you better try it before it’s too late!